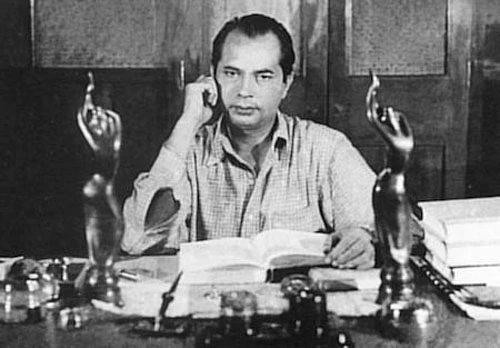 In 1953, when Do Bigha Zameen was released and became an instant classic, winning rave reviews across the world, Raj Kapoor remarked “How I wish I made this film!” This July 12 marked the centenary of Roy. It is easy to ride on a trend and come out successful. But it is a legendary feat to create a trend. Realistic depiction was tried out in the late 1940s by Chetan Anand in Neecha Nagar. But with Roy, neo-realism became a trend that was worthy of emulation. In a way, Do Bigha Zameen paved the path for many others like Satyajit Ray, Ritwik Ghatak and Shyam Benegal. He set the records on fire with two hatricks in Filmfare awards through the 1950s.

Bimal Roy introduced new dynamics in storytelling. He gave us a variety of effable characters, whose lives we lived and empathised with. When the farmer Shambhu Mitro in Do Bigha Zameen migrated to the city to save his ancestral land, we could see his story in every rickshawallah in our cities. When the untouchable girl Sujata led us through the tapestry of her life, we too saw, in a genteel manner, the evil behind the practice. When Kalyani, in a shocking scene, kills her lover’s wife in Bandini, we too identified with the wounded ego of a wronged woman. We drank to death with Devdas and saw Hindi cinema’s first reincarnation saga with Madhumati. Very few filmmakers understood women the way he did. Their portrayals were not pandering to the ideals of a man, but were independent of all labels. In a career spanning over two decades, he had showcased the profundity of life in its truest sense.

He picked up his skills under the watchful eyes of P C Barua, in whose Devdas (1935) he worked as a cameraman. The actors of the time gave their best under him. Dilip Kumar gave us the definitive portrayal of Devdas, Balraj Sahni moved the nation to tears in Do Bigha Zameen and Nutan was at her passionate best in Bandini. His assistants and associates like Hrishikesh Mukherjee, Kamal Bose, Nabendu Ghose, Gulzar, Asit Sen, and Salil Chaudhry went on to mark their names in letters of gold in the pages of cinema. No other director perhaps made Sarat Chandra Chatterjee as popular as he did, as he came out with the cinematic adaptations of Parineeta, Biraj Bahu and Devdas.

Roy had a fetish for perfection. His son recalls him spending the early hours of the morning by the window of his study, religiously recording the sound of chirping birds for the background score of Sujata. Nature was a storyteller in his movies and spoke volumes for the characters. Every moment of day to day life was celebrated in the frames of his creations and gave voice to a million souls.

What made him project the injustices meted out to the creations of a lesser God? Perhaps, his upbringing in a family of Zamindars exposed him to the injustice, which reflected in his works as well. But Roy’s movies never talked of a violent upheaval to redress those wrongs. A strong believer in Gandhian ideals, his movies merely projected a problem without getting didactic and preachy. The problems he presented continue to remain relevant in today’s times. Melodrama was curbed and drama flowed smoothly like honey-drenched poetry on the screen.

Bimal Roy was a director who knew music too well and integrated it with his script. Needless to say, the songs of Madhumati, Parakh, Bandini and Sujata refuse to fade away. Who, but Bimal Roy could pull off a melancholic romance out of the song Jalte hai jiske liye sung over the telephone! His most commercial venture was Madhumati, a musical blockbuster which swept the Filmfare awards that year.

His swansong Bandini was arguably his greatest work. In the year 1966, Hrishikesh Mukherjee dedicated his movie Anupama in the memory of his mentor, who had by then left an indelible legacy through his protégés.

Simplicity is a key to excellence. Very few filmmakers understood that after Roy. Like the gentle flowers Nutan nurtures in Sujata, his centenary too passed quietly without any ostentation, but its fragrance continues to fill the halls of brilliance.

3 thoughts on “A forgotton Centenary”