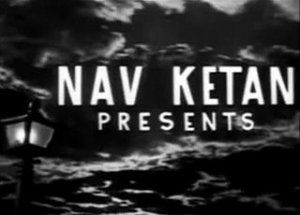 In the mid 1940s, a young lad had come to Bombay who, like many others, wanted to make it big in the film industry. When he got a chance to meet the legendary thespian Motilal he was asked “What brings you to Bombay?”. “The reason which brought you here sir, has also brought me” he replied, his heart pounding with excitement on seeing his matinee idol before him. With a smile Motilal quipped “So you want to become a star!”. The lad smiled and tad came the response “Like you!”. As Motilal was parting, he looked at him and said “Keep up your spirits young man!”.
A typical movie fare, one might think. A young boy, comes to Bombay, dreams big and shows the promise to make it big. Perhaps that is why when Dharam Dev Pishorimal Anand decided to make movies, he decided to keep it dramatic and entertaining. It was cinema for the youth, focusing on their problems, romances, gaiety and anxiety. It marked the birth of Navketan (meaning New Banner) in 1949, which completed its diamond jubilee this year.
After he made it finally to the silver screen with Hum Ek Hain (1946) and got his first success Ziddi (1948), Dev Anand decided to launch his own production house. In 1948, when Dev Anand was shooting for Vidya, he was waiting downstairs for the heroine to enter. He had heard a lot about the reigning superstar of the day, whom even big directors would oblige. Suraiya walked down the grand stairways and made her way, not just into the hall, but also Dev Anand’s heart. His swash buckling looks and flirtatious smile won her over and she was signed for Navketan’s first venture Afsar. The movie, directed by Chetan Anand, was not a success and nor was their romance. But in a short span, the romance created enough drama to be recounted and recollected for many decades to come.
Navketan’s first success was Baazi, the first urban crime thriller of Indian cinema. Written by Balraj Sahni, Baazi turned out to be Dev Anand’s first blockbuster and marked Guru Dutt’s debut as a director. It set the benchmark for a crime thriller and spawned many imitations. Two romances bloomed with Baazi. As Geeta Roy sang Tadbeer se bigdi hui taqdeer bana le, fate indeed played a lovable game and Geeta Roy soon became Geeta Dutt after marrying the director of Baazi. Dev Anand and the movie’s heroine Kalpana Karthik tied the knot and acted together in many other successful movies like Taxi Driver (1954) and Nau Do Gyaraah (1957).

In 1962, Dev Anand played a double role in Hum Dono, starring Sadhna and Nanda opposite him. The movie, with mellifluous songs by Jaidev, was a huge musical success. In 1964, Vijay Anand directed the evergreen romantic comedyTere Ghar ke Samne under the Navketan banner, which along with Bandini marked Nutan’s comeback after her marriage. Close to its heels came Teen Deviyan (1965). Dev Anand was waiting for some serious work. He wanted to shed the image of Navketan as a ‘light’ production house and wanted it to be taken seriously by the classes a s well.

Dev Anand loved R.K.Narayan’s Sahitya Academy Award winning novel The Guide. A phone call from London, where Dev Anand read the novel, to Mysore was all that was needed to persuade Narayan to sell the rights of his classic. Thus began the bi-lingual production of Guide. The English version, directed by Ted Danielewski bombed at the box-office. A full-scale drama began stating that the Hindi version too would be a similar disaster. Waheeda Rehman, who played the female lead in this movie, was warned of a career destruction with this movie. Finally, in 1965, Guide was released and became a landmark in Indian cinema. In what was the first colour film of Navketan, Dev Anand and Waheeda Rehman endeared themselves to the masses as Raju and Rosy. S.D. Burman’s music was a runaway hit and critics were agog with praises for Vijay Anand, hailing it as his masterpiece. R.K.Narayan, however, was not at all pleased with the move, which he felt was a bastardised version of his novel, purged of all the simplicity which he, along with his Malgudi, stood for. In 1966, Guide swept the Filmfare Awards winning the awards for Best Actor, Actress, Director and Film.
After the phenomenal success of Guide, Dev Anand came back to his first love – thrillers. He signed Vyjayantimala and Ashok Kumar and began working on his ambitous project Jewel Thief. The movie, largely shot in the Kingdom of Sikkim (then not a part of India), set a new trend within Navketan. Since then, Dev Anand chose a foreign location for most of his films. Jewel Thief was a blockbhuster and was soon hailed as a suspense classic of Hindi cinema.
An outstanding feature of Navketan was the music by S.D.Burman. Remove Burman and you will find all the movies of Dev Anand left with a big unpatchable hole. His music lit up every moment of Navketan’s movies and some ran on the strength of his music alone.
But Dev Anand now wanted to do a Raj Kapoor and perhaps therein lay his flaw. He wanted to direct his movies by himself. The brother Dev and Vijay parted ways professionally (coming together only for Tere Mere Sapne) and Dev Anand brought out his first directorial venture Prem Pujari. Though the music by S.D. Burman became an instant hit, the film failed to catch on. But within an year, Dev Anand had a bomb under his arms waiting to be thrown at the publc. He launched, arguably the first sex symbol of Hindi cinema, Zeenat Aman, in his next venture Hare Rama Hare Krishna. Set in Nepal, the movie explored the problems of drug addiction haunting the youngsters. Hare Rama Hare Krishna was a huge blockbuster and Dev Anand tasted his first, and perhaps last big success as a director.
But the rot had set in. Dev Anand took himself too seriously as a director and Navketan began churning flop after flop. Barring Des Pardes, where he launched Tina Munim (now Ambani), all his movies were invariably box-office disasters. His craze for experimentation drove him to even make a sequel for the his Jewel Thief in 1998, titled The Return of Jewel Thief. But the magic was all gone and gone for good.
Navketan continues to make films every now and then. Dev Anand continues to maintain the same zest which he maintained when his first movie was launched in 1949. People joke that Dev Anand’s last hit was in the last millenium. He insists that he should act in the lead role in every production of Navketan. Strange though, that when Navketan is celebrating its diamond jubilee, a similar jubliee at the box office for its movies has become a matter of past. But the ebulliance that he radiates keeps him, and perhaps Navketan, going. Now with his Hum Dono being slated for a release in colour, Navketan is back in the news for all the right reasons. As the story unveils, we shall see yet another generation humming the tunes of “Main Zindagi ka saath nibhaata chala gaya…”. Nothing helps more than moving on in life.
Like the smile radiating from the almond-eyed face of Suraiya in Afsar, Navketan will have its name in the letters of gold in the history books of cinema, for it is impossible that a filmmaker can even think of matching to the glory of Guide or a Jewel Thief ever again.
(This article was published in the Sunday Magazine of The New Sunday Express)