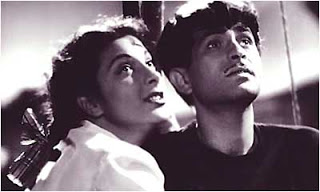 In 1953, when a delegation of the Indian film industry visited the former Soviet Union, they were swept off their feet. People went crazy upon seeing Raj Kapoor and Nargis as they had just come out of theatres after watching Brodigaya, the dubbed version of Awara in Russian and were at splits about the new happening pair in the town. A sea of masses sang Awara hoon along with them and the duo were swept off their feet by a welcome never seen before to any Indian movie star. Indian cinema’s first big cross-over venture had happened as the tirade swept past China, Egypt and Eastern Europe. Raj Kapoor’s Awara celebrates its diamond jubilee in popular mind space this year.

In a parallel to the injustice meted out to Sita in Ramayan, Justice Raghunath (Prithviraj Kapoor), fearing infamy, abandons his pregnant wife Leela (Leela Chitnis) after a dacoit Jagga (K.N.Singh) abducts her. Leela gives birth to Raj (Shashi Kapoor as the child) and aspires to make him a judge one day like her husband. Raj strikes a friendship with his classmate Rita, whose father passes away and is brought up under the guardianship of Justice Raghunath. Poverty pushes Raj to give up schooling. Jagga, to have his revenge against Raghunath, pulls Raj to the world of crime. Years later Raj meets Rita, in a quirk of fate, while attempting to rob her purse. They eventually recognize each other and embers of love find spark once again, much to the disapproval of Raghunath, who loathes boys unaware of their parentage. Raj is unable to leave his past behind him. On Rita’s birthday party, Raj gifts Rita a stolen necklace and in one of the best dramatic scenes in Hindi cinema, she realises that the necklace was stolen from the case Raghunath had bought for her. Rita now takes it on herself to bring back the lost life to Raj. But fate does not favour Raj. He kills Jagga. Leela meets with an accident in the presence of Raghunath and reveals to Raj that Raghunath is his father. Raj tries to kill Raghunath in a fit of rage and is brought before the court. Rita fights his case. It is moment of truth of Raghunath and a time for redemption for Raj. Many social truths and hypocrisies get cut sharply as the case comes to a close.

After Barsaat’s success, Raj Kapoor got enough funds to build R.K.Studios, where Awara was extensively shot. Though most of the long-term participants of R.K.Films were together for Barsaat, it was with Awara, that Raj Kapoor got the association of K.A.Abbas, whose script was the backbone of Awara.

Initially, Prithviraj Kapoor was hesitant to play a supporting character in the movie. But K.A.Abbas convinced him that Raghunath was the backbone of the movie, around whose false ideals the movie revolved. Thus, Awara got an enviable star cast, which does not seem fathomable even today. It had five Kapoors acting in the movie. Basheswarnath Kapoor played the role of the judge in the court scene where the story unfolds, whose son Prithviraj played Justice Raghunath. Prithviraj’s son Raj played the male lead Raj and his younger brother Shashi played the childhood of Raj. Raj’s son Randhir played the tramp in the opening credits who sits under a lamp-post with a street dog, introducing us to the Awara. The movie saw a clash of titans, one out-doing the other and yet complimenting each other’s performance. Prithviraj, Raj and Nargis were terrific in their roles. 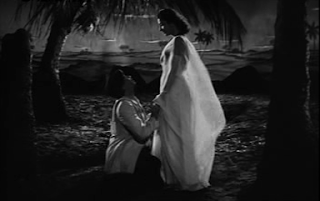 Very rarely have filmmakers been able to recreate the cherubic romance of Awara, the sparks of which were set by the inimitable chemistry of Raj Kapoor and Nargis. The chemistry was recreated three decades later by Raj in his blockbuster Bobby. Such was their relationship that Raj once remarked “Krishna is the mother of my children. Nargis is the mother of my films. She is my sphoorti!” Watch them romance in moonlight in the song Dum bhar jo udhar muh phere and you will discern that romance cannot be conveyed without it being felt. When Raj rolls her into his arms and holds her by the waist while plunging into her eyes, you know that there is an element of passion setting the screen on fire. Rarely has any pair been able to come close that thereafter.

Shankar-Jaikishan, who debuted with Barsaat, strengthened their position with Awara in the Hindi filmdom. With Awara, Raj Kapoor established his place in the peaks of greats in song picturisation. His approach was innovative and avant garde. In a first for Hindi cinema, Raj Kapoor shot the unbelievably conceived dream sequence with heaven and hell altercating throughout the song. The song begins with a lonely damsel in heaven pining for her love and the screen moves to hell-fire, from which Raj rushes out to find himself in heaven, where the angelic Rita lifts him up, taking him to greater heights. But as he climbs the steps and reaches the pinnacle, the giant sized Jagga snatches him away and the dream shatters violently. The audience gaped in wonder as the scene closed and the story resumed. Since then, dream sequences have been the toast of Bombay Cinema. 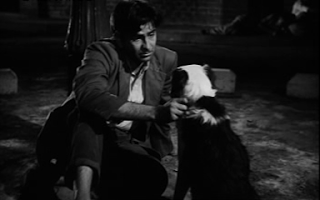 Awara’s music found followers across the globe. Legends and myths have come together to create tales of Russians and Chinese swooning to Awara Hoon. Indians have told unbelievable tales of getting warm reception once they told the Russians and Egyptians a bit or two about Raj Kapoor. One even heard of a Russian wanting to see Awara before he was punished with death. How many of these are true can never be known. But myths surely give us an idea of the heights touched by a work of art. Awara was a cult in its own time. In many ways, Raj in Awara was the inchoate form of the angry-young man, later given form by Sunil Dutt in Mother India and crystallised by Amitabh Bachchan in Zanjeer.

Awara heavily hinged on Nehruvian socialism. The portrayal of class divide was laced with clever humour and dialogues snapping sarcasm. In one of the most heart-rending scenes of the movie, Raj caresses a street dog and compares his life with it, rendering the fact on our face that a poor man’s life is not dissimilar to that of an uncared animal. Within this dark scheme he painted the romantic story of Raj and Rita, separated by class-divide. Long before Manmohan Desai made lost and found formula his forte, Raj Kapoor built the story of Awara on that premise. The childhood friends part ways and meet as adults. Rita’s childhood photo does the trick to help them recognize each other. Raghunath abandons his wife in the beginning and sees her towards the end, not knowing that it is his wife who is dying in the hospital. Raghunath and Raj have face-off after face-off without knowing that they are father and son, piling irony upon irony and disproving Raghunath’s theory of lineage.

Raj Kapoor could never better the genius displayed in Awara and it was arguably his greatest work ever. It was stylish and international in its look, humane in its approach and universal in its exploration of the theme. It was a pity that he looked like a shadow of his former self in the last few years of his life as a filmmaker. In 1953, Awara was nominated for the Grand Prize in the Cannes Film Festival. Many socialist dramas hit the screen since but very few have been able to carry the theme with the romantic subtlety seen in Awara. The tramp has found home today in the hearts of millions of cine fans across the globe.

(This article was published on June 5, 2011 in the magazine of The New Sunday Express)