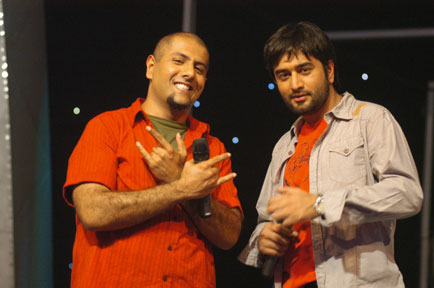 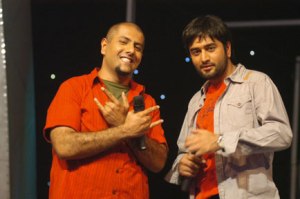 It was over the last weekend that I happened to interview Shekhar Ravjiani, who along with Vishal Dadlani had come to Chennai to perform at IIT’s fest Sarang. Though they shot to fame with Jhankar Beats in 2003, people first noticed them with the song Allah ke bande, sung by Kailash Kher. That was a surprise hit, coming from an unexpected corner. They never had to look back after that. In a career spanning over more than a decade, they have many chartbusters like Salaam Namaste, Dus, Bluffmaster, Tashan, Dostana, Om Shanti Om, Tees Maar Khan and Ra.One to their credit.

The Dirty Picture: Shekhar was evidently glad with the response that their latest offering, The Dirty Picture, had garnered. Besides the blockbuster status and critical acclaim that the film won, its music had the entire nation going Ooh la la. Prior to the film’s release, Bappi Lahiri went into rhapsodies over Vishal Shekhar. He even went on to say that the chartbuster Ooh la la was enough for him to be remembered for the next 25 years.

The duo was apparently over when the script was read out to them by Milan Luthria. “When we had to compose an item song, we could think of no other name than Bappi da for it. He was the unchallenged king of disco in the 1980s, the milieu in which the movie is placed,” he said. “We gave him a call and in within an hour he was there to get the song recorded. It is quite apparent that we recorded the song in typical Bappi style. We had around a hundred musicians playing for us, who had previously worked with Bappi da and Pancham da (R D Burman) in the 1980s and 1990s,” he said.

Reality TV: In the last few years, Vishal and Shekhar have been busy playing the role of judges in reality music shows on television. Though these shows have come in for a lot of criticism, Shekhar prefers to look at the positive side of it. “There is so much talent in India, not just in the metros, but also in the interiors. These TV shows do an amazing job scouting for talent in areas where these singers would have otherwise gone unnoticed. A lot of filmmakers and music directors watch these shows and many top singers today have come up due the support given by television,” he says, explaining as to why more music shows are required to cater to the wide variety of talent in the country. “I am not saying that these shows have to be reality shows. But we definitely need more music shows on television to promote the talent,” he says.

Next Big Release: This March, they will be having their big release with Sujoy Ghosh’s Kahaani, starring Vidya Balan. The music has started making news for the adaptation of Rabindranath Tagore’s Elka chalo re, sung by none other than Amitabh Bachchan. It is being touted as one of the best works of Vishal and Shekhar till date. “Our association with Sujoy began with Jhankar Beats and now we have come back with Kahaani. Working for this was a divine experience for us and I’m sure the listeners will feel the same. We are really proud of our work in this movie. It made us feel closer to God,” said Shekhar.

Inspiration in Music: Vishal himself brings in a lot of Western influence to the music. Shekhar learnt his lessons under the tutelage of maestros like Ustad Miad Ahmed Khan sahib and Ustad Sultan Khan. But in the industry, the one person who has had maximum impact on the duo has been R D Burman, to whom the movie Jhankar Beats was dedicated. “He has inspired all the music directors of our generation. As a matter of fact, all our compositions are tributes to Pancham da,” said Shekhar. In 2004, they had won the Filmfare R D Burman Award for New Music Talent for their compositions in Jhankar Beats, a film that was dedicated to R D Burman. The journey, which began with the fifth note, continues rocking charts and striking new notes.