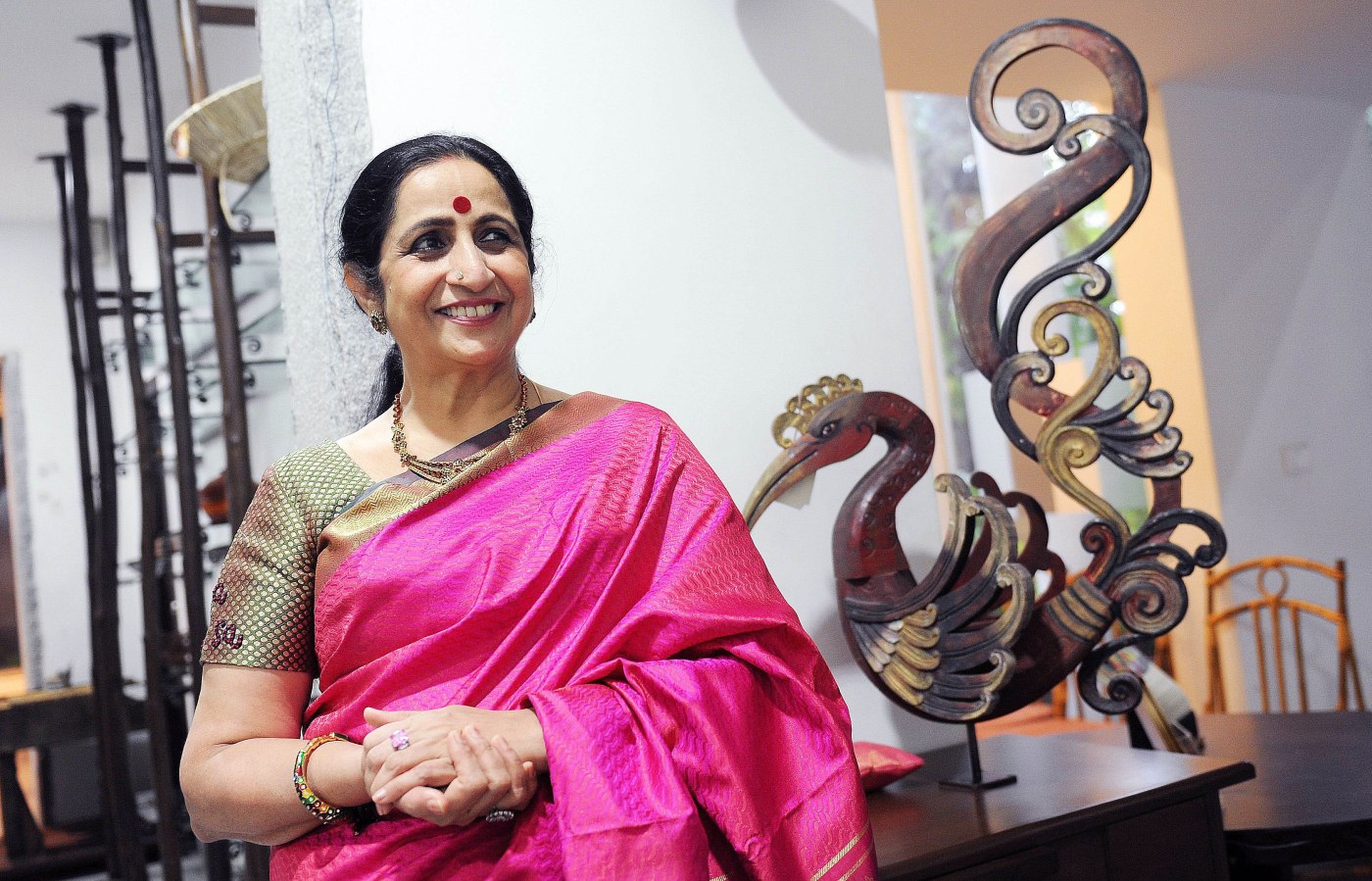 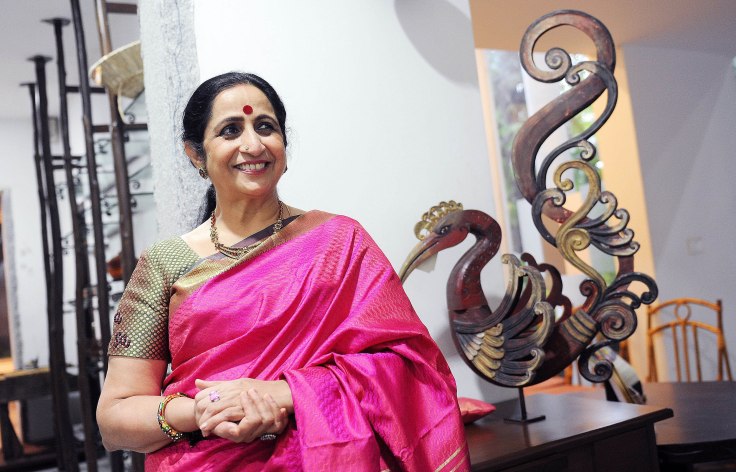 Aruna Sairam carries forward the legacy of the greatest of vidwans in Carnatic music. Her quest for music that led her from Matunga to Mylapore, has now taken her voice to the greatest halls across the world

As we connect over the phone for a conversation, Aruna Sairam is in the midst of a tour in the US, a place that has drawn her time and again to perform.
Like always, she has chosen her compositions for various venues keeping the audience in mind. For an audience comprising predominantly of south Indian disapora, the kutcheri format will be very similar to what we see in Chennai. For the US audience, Aruna makes the extra effort to introduce various concepts and very often, even the arrangement of the concert varies.
Born in Mumbai, in a family steeped in musical tradition, Aruna got her first lessons from her mother, who was a disciple of the Alathur Brothers. “The training I received was intensive. I learnt to sing the Sarali varisai in six kaalams (tempos) and I was taught to sing even the varnams in four kaalams, which meant that the first round of pallavi had to be sung in an extremely slow tempo, also known as athi vilamaba kaalam. It taught me to hold my swaras in the right place and handle the gamakas with a lot of seriousness. It is visible in my singing even today,” she says.
Life in Bombay (now Mumbai), also meant exposure to several forms of music. Her home in Matunga was visited by several greats of music, such as MS Subbulakshmi, Ramnad Krishnan, Madurai Mani Iyer and Ustad Aamir Khan. “In such an environment, I didn’t differentiate between different forms of music. It was all just great music. And we were and still are a simple middle-class family living in a small apartment. But my parents were wonderful hosts and their passion to serve music made good for the lack of physical luxuries. Those days, Matunga hotels lacked in comforts and the train journeys were very tiring. The artistes needed two or three days to unwind before they began their concerts,” says Aruna, whose training in her school choir got her to understand the rudiments of western music. Then there were the usual hits of the Beatles, Elvis Presley and film music from Radio Ceylon. But she held steadfast to the lessons learnt from her guru T Brinda, who carried the legacy of the legendary Veena Dhanammal and continued her journey in Carnatic music.
In the 1990s, Aruna’s visits to Chennai became more frequent and she rented an apartment in the city to spend more time in the concert circles here. In 2002, when she finally came to Chennai for good, she had become a senior artiste of repute in the Margazhi season. “The rasikas and the sabhas welcomed me with open arms. Today, Chennai is the most beautiful place in the world for me. Even when I travel around the world, I wait for the moment when I can step out of the airport in Chennai. The city’s music and the intellectual pursuit of its people are unparalleled,” says Aruna.

For an artiste, many external factors like the stage, seating, lights and acoustics influence the quality of a concert. “Besides, the artiste’s own skills play a huge role. But to get to know your audience, you need to break all the barriers in between. A good concert artiste needs to learn to do that,” she says.
No concert of Aruna Sairam today seems to be complete without a demand for the popular Kalinga Narthana Thillana, composed by Oothukkadu Venkata Kavi. Rasikas vouch for the wonderful rhythmic pattern of the composition and the gusto with which Aruna paints the image of Krishna dancing on kaliya. “When we lived in Bombay, Needamangalam Krishnamurthi Bhagavathar would stay in our house for two or three weeks, performing kathakalakshepams at a Matunga temple. He was a descendant of the Oothukkadu family and had travelled a lot to gather rare songs on palm leaves and also set some of them to tune. My mother learnt it from him and I picked it from there,” she says.
Aruna has strong spiritual beliefs, which she tries to bring on stage. Before she leaves for a performance, she offers a silent prayer to Krishna and all her spiritual masters. “It is complete surrender. Nothing less. During a performance, there are a few moments, when the artiste loses sense of space and time. You forget everything else and there is just one light before your eyes. That moment is worth several journeys.”

This interview was published in Rendezvous, the ninth anniversary edition of The Times of India, Chennai