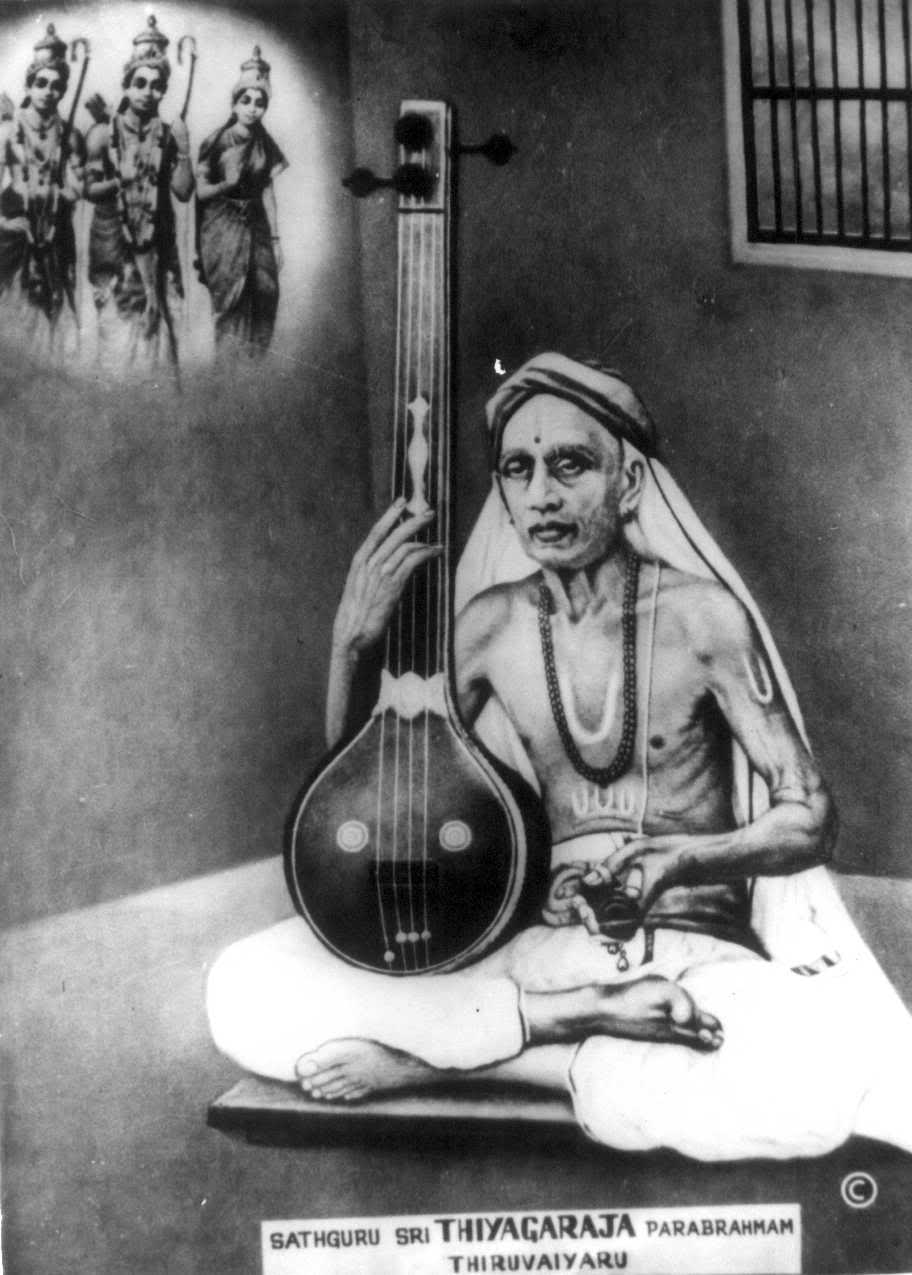 The reach and depth of a genius is seldom understood in his lifetime. History is witness to the fact that the real genius has got his or her due mostly at a later date. Saint Thyagaraja was no exception. But a major difference between the other artistes and Thyagaraja was that fame was of least importance to him. May 4, 2017, marks 250 years of this doyen of Carnatic music.

He was born in a Telugu Vaidika Muriginadu family to Kakarla Ramabrahmam and Sitamma in Tiruvarur in the year 1767 on the Sukla Saptami day, in the month of Chaitra. Thyagaraja has referred to Rama and Sita as his parents in his composition Sitamma mayamma. The reference, perhaps, had more than a metaphorical meaning and also referred to his real life parents. His maternal grandfather Girirajaj Kavi was a poet-composer in the court of the king of Tanjore. He was just 13, when he composed his first kriti Namo namo raghavaya and thus began his relationship with Lord Rama, to whom he dedicated his life, writing and composing kritis.

A life of conflicts

Many scholars have referred to the conflicts he had with his brother and  a picture of his life can be drawn out of his own compositions, though in an indirect manner. “There are different contexts, alluding to certain events in his life, in his compositions, though they do not give the details of the events in their entirety,” says KV Ramanujan, Grade One Flautist, AIR. When bearers from a royal court brought him money to sing before the king, he composed Nidhichala sukhama, deriding material wealth, placing Rama bhakti above all. “His brother disliked the fact that Thyagaraja was not concerned with material aspects of life and did not bother to earn a regular income. Angered thus, he is said to have thrown the idol of Rama into the Cauvery one night,” he says. After this incident, Thyagaraja went roaming in search of his master and many kritis such as Nenendu vedukudura, were born as a result of it. “Then one day, as he took a dip in the river, he rediscovered the idol of Rama and sang Kanu kontini, at the ecstasy of having found the idol of his lord, together with his consort Sita, Hanuman by his feet and brothers Lakshmana, Bharata, Shatrughna  serving him by his side. These aspects also find credence in his compositions like Munnu ravana badhanorvaka, in Todi ragam, where he extols Rama as the one who saves Vibhishana from Ravana and Sugriva from Vali. His troubled relationship with his brothers and others who remain critical of him comes to the fore in compositions like these.

In search of Rama

There is no doubt that Rama was his ishta devata. Most of his popular compositions are a tribute to Rama. In his kritis like Bhakti bicchamiyyave and Endundi vedalitivo, he has placed Rama even above the trimurtis. His songs are full of epithets showered on Rama. His beauty, speech, compassion, dharma and his steadfastness to Sita are often points of reference in his works. Extolling the last quality, Thyagaraja refers to Rama as Paranarisodara. In spite of having assumed a human form, Rama remains Narottama, the epitome of perfection. “Thyagaraja is said to have composed 24,000 kritis, which is supposed to match the Ramayana of Valmiki, which was rendered in 24,000 shlokas. But only around 800- 900 of his compositions have survived to this day,” says Ramanujam. Perhaps a major problem that remained with the kritis of Thyagaraja, as with his contemporaries and those before him, is that they were not properly documented, as knowledge was passed on in an oral tradition. This also explains the difficulties that arise today while putting together the events of his life.

But even these drawbacks have not stopped scholars from drawing a sketch from what is available to them through historical anecdotes passed on from one generation to another. While this might have resulted in legends and facts crossing paths, as Chennai-based classical vocalist Sriram Parasuram puts it, there is no harm in it. “There are problems with history as a subject itself and it is not just about Thyagaraja. To say that what is written is real and to take what has been passed on through word-of-mouth lightly, is not the right way, because we all know that history writing has often been backed by agendas. It is made up to suit the whims of the victor who writes it. After all, the history we know of our country is also what the British have given us,” says Sriram, who feels that history that is culturally passed on definitely has authenticity. “There is meaning in the legends as well, which needs to be imbibed. I do not evaluate history, as long as I can take something positive from it. Thyagaraja’s life definitely gives me that.”

Writing about the saint poet, former President of India Dr S Radhakrishnan says that Thyagaraja literally means the prince of renouncers. Thyaga, he says, is the way to peace and freedom. In the case of Thyagaraja, renunciation is the result of undistracted devotion to God.

It was only in the last few days of his life that he took sanyasa. It is believed that he had a premonition of his end and was prepared for it. It is also evident in his last compositions Giripai Nelakonna, set to Sahana and Paritapamu in Manohari, where he is hopeful of attaining salvation after reaching Rama. Today, his Samadhi rests in Thiruvaiyaru, close to the banks of the river Kaveri, a river, which has found mention in many of his compositions and has become a pilgrimage spot for those who have set in search of divinity in music.

(This story was originally published in The Times of India on the occasion of Thyagaraja Aradhana, in 2013)

2 thoughts on “In search of Rama – Life of Saint Thyagaraja”