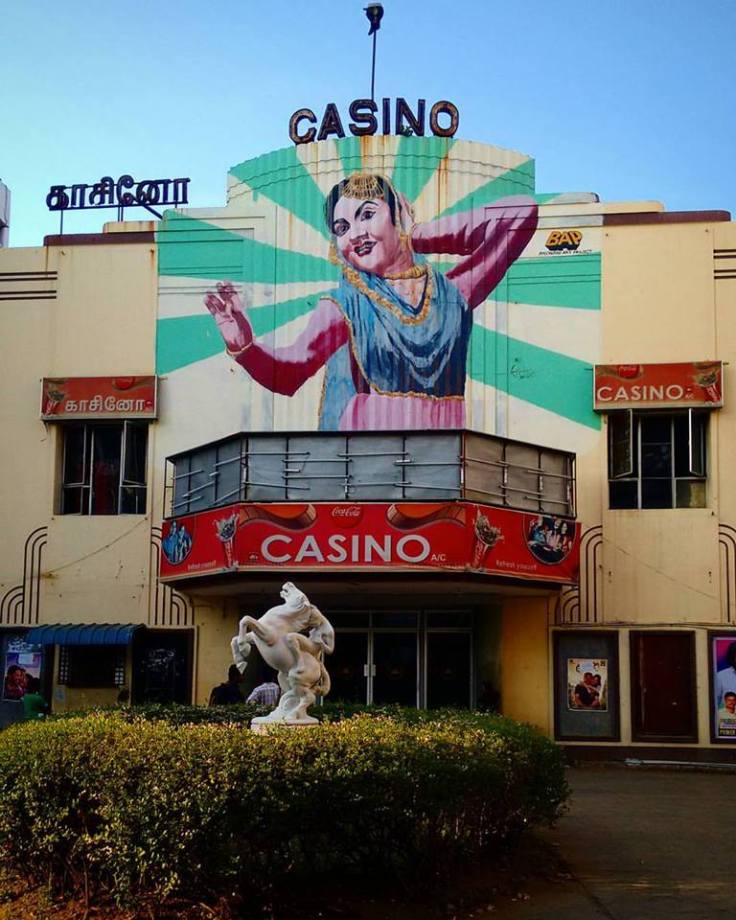 Blackers Street, near Mount Road, houses one of the oldest surviving single screen cinema halls in Chennai. The rusted gates and the worn off fountainhead at the entrance of the Casino Theatre definitely do not seem to suggest the excitement that once existed around it.

Along with Gaiety, Anand, Uma, Kamadhenu, Chitra, Sapphire and Wellington, Casino, is a part of the movie viewing experience of an old timer in Chennai. In December 1941, it became a new venue in the cinematic experience of Madras when it opened with the British comedy It turned out nice again. Perhaps, Casino theatre is the last man standing from the pre-independence era.

The old manager of the theatre says that BN Reddy’s NT Rama Rao blockbuster Maya Bazaar ran here for 50 consecutive weeks. Whenever a film completed 100 days here, the stars would attend a special screening. Casino became an usual venue for CV Sridhar’s movies like Uthama Puthiran, Nenjil Oru Aalayam and Then Nilavu.
In 1964, MGR’s Enga Veettu Pillai drew crowds like never before and it became a silver jubilee hit at Casino. Casino was one of the few places where some good Hollywood movies were screened.

My aunt lived in Royapettah from the 1950s to the late 1970s; it meant living amidst several cinema halls. She watched movies like Jaws (1975) and some films of the Rocky series here. Besides, many other Hollywood blockbusters like Cecil B DeMille’s Ten Commandments were also released at Casino. Later, the theatre became a venue for several James Bond thrillers as well.

Today, Casino is one of the few surviving single screen cinema halls from the era gone by. Not many today have a movie viewing experience to share about Casino from the last 15 or 20 years. The theatre soon came to be associated with B-grade English movies, and with bigger halls and multiplexes opening in the city during the 1990s, the theatre began losing ground. Casino’s contemporaries all came down one after another. With changing times, the only option left was to change or perish.

The likes of Sathyam, Inox and PVR changed the movie viewing habits of Chennaites and single screen halls began making way to marriage halls and shopping complexes. The cinema hall still draws viewers during weekends for the Telugu movies that are released here. Casino might seem to be in the twilight of its life. But as they say, the show goes on.

Two years back, as a part of a campaign, the frontal wall of the theatre was given a retro look with an art work portraying Vyjayanthimala as Chandramukhi. Perhaps in an attempt to entertain a Devdas who might not live long any way.

PS: Another version of this story was published in The Times of India’s supplement Madras Diaries in 2012. I had lost this and several other stories in the 2015 floods. I came across a PDF of this story saved in some drive accidentally yesterday and uploaded it here.

One thought on “The Casino in Madras”