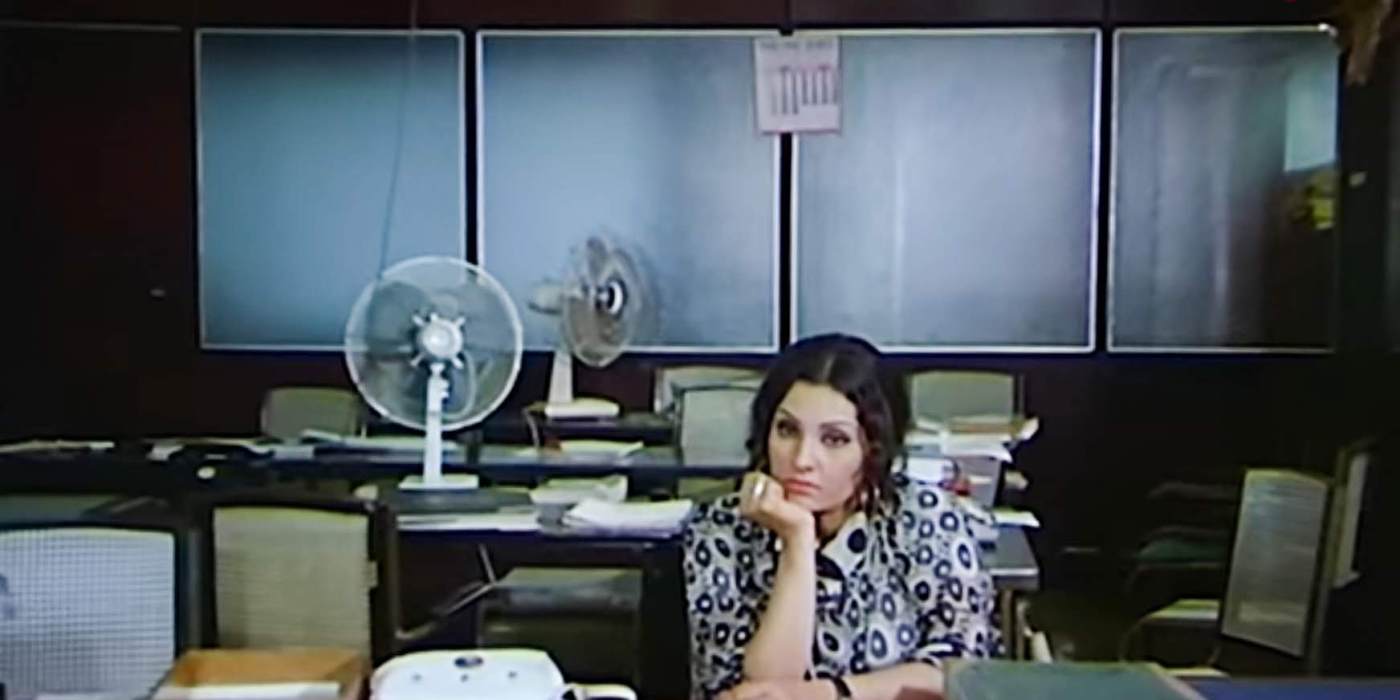 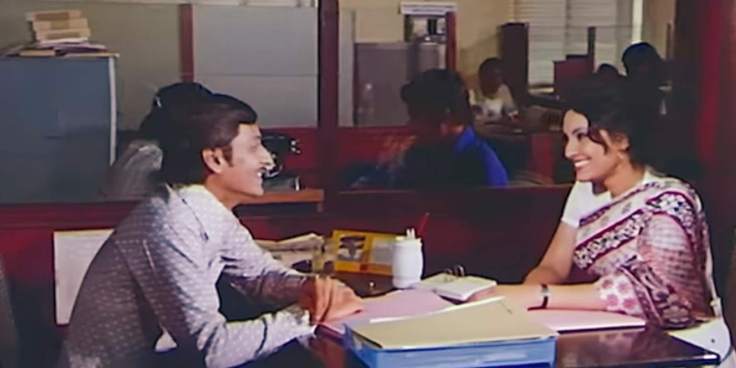 A woman has been in a long-term relationship with a man who fails to notice the small things in her life. A job interview takes her to Bombay where she meets her past lover and her feelings for him are rekindled. She does not express anything outwardly but there is a whirlwind running in her head, which is revealed to us the way she sees it. It takes her a while to realise what is real and what isn’t. Mannu Bhandari had titled this story Yehi sach Hai, based on which Basu Chatterjee made Rajnigandha.

Very few filmmakers managed to delve into the female psyche without the pretense of doing so like Basu Chatterjee. He began his career assisting his famous namesake Basu Bhattacharya, in Teesri Kasam (1966) and made his first film Saara Akaash (released in 1969, based on Rajendra Yadav’s novel), a movie about incompatibility between a newly-wed couple.

His female characters stood out in every film. In Piya Ka Ghar (1972), she is the newly-wed Malti (Jaya Bachchan) coming from a village to live in a chawl in Bombay with her husband. There is a world inside her new home full of extended family members and neighbours and in the noise, the husband and wife seldom get space to set up their little world. The movie is as much about the housing crisis of Bombay as it is about women who tried familiarising themselves with a new world after marriage.

In Baton Baton Mein (1979), it is Nancy (Tina Munim), the independent Bandra girl, whose mother (Pearl Padamsee) desperately wants to see her married, almost with a competitive urge. Nancy fends off the attempts of her mother with a mix of humour and frustration, even as she takes her time to commit to a relationship with her co-passenger in the local train.

In Chitchor (1976), Geeta falls for the village engineer Vinod (Amol Palekar), who is introduced to her by her parents. Later, her parents realise it is a case of mistaken identity as Vinod is the overseer and the engineer whom Geeta was supposed to marry was Sunil. But Geeta refuses to change her mind. In Swami (1977), Saudamini (Shabana Azmi) is married to a man when she loves someone else and is unwilling to accept the dictum of fate over her life.

But while his sensitive portrayal of human emotions qualified him as a fine director, what made him stand apart was the fact that in the explosive anger and violence that defined the cinema of 1970s, Basu Chatterjee, along with Hrishikesh Mukherjee, made movies about everyday human lives. But there was something that kept him stand apart even with respect to Hrishikesh Mukherjee. The movies of Hrishida were known for his ability to present glamorous superstars in a middle class set-up. He could make people forget that Rajesh Khanna was the King of romance when he presented him in Anand (1971) or Bawarchi (1972). We forgot for a while that Dharmendra was a He-Man when we saw him as a cab driver in Chupke Chupke (1975) or as an idealist in Satyakam (1969).

But Basu Chattejee created new icons of middle-class cinema, led by the likes of Amol Palekar and Vidya Sinha. Together, they defined you and me. People who travelled in local trains, waited in the queue for buses and had their everyday romance in crowded places.

In fact, there is something about Basu Chatterjee and love in cinema halls, the dark corners of which always gave escape to young lovers in a crowded city. Be it Rajnigandha, Choti si Baat or Baton Baton Mein, there was a defining movie hall sequence, where they either fell in love, fell apart or imagined themselves as being in love, as we saw in the song Janeman Janeman. The heroes of others’ films were the fantasies of Basuda’s characters.

But these heroes also donned the starched kurtas and oiled their hairs for Basu Chatterjee. Watch Dharmendra and Hema Malini as professors in his light-hearted Dillagi and you will know that love and life are often not described in words but just lived. In a Basu Chatterjee film, the angry young man also walked around Bombay with Moushami Chatterjee like a common man soaking in the rain in Rimjhim gire sawan.

When he turned to television in the 1980s, he created a storm with a regular feisty crusader from everyday life called Rajani. In 1985, this 13-episode serial created a public response seldom seen for a television serial and Priya Tendulkar’s Rajani became the mascot for consumer rights. Later, in 1993, he also gave us a detective… sorry… a satyanveshi called Byomkesh Bakshi, a character that was iconic and endearing.

Once he was asked why public transport and visuals of his characters traveling in them were an integral part of his films. Basu Chatterjee spoke how his own life in Bombay was spent in trains and Best buses. He lived in Borivali and worked in Church Gate and these journeys made a deep imprint on him. Thanks to those journeys, we today have a slice of life from the Bombay of 1970s.

Even those who never lived that life could claim to have lived them through his cinema and as for those who lived through those times, it is a case of time travel. When you step out after the lockdown, you will find his Prabha, Nancy, Tony, Deepa and Sanjay engrossed in a conversation while waiting for their turn in the queue. He made stories about us, which explains why his departure felt like a personal loss.