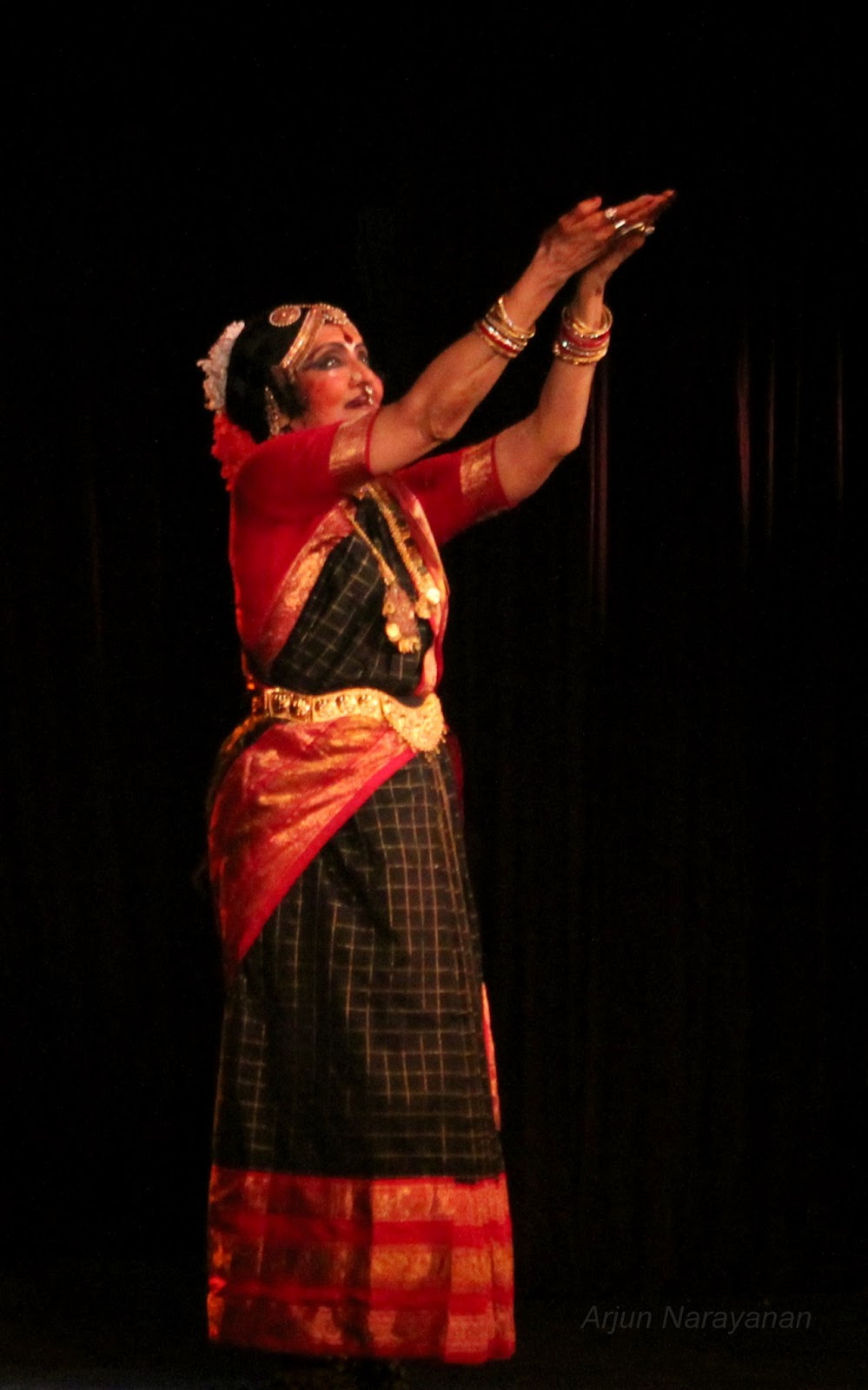 Rarely do you get a chance to meet an icon whom you have adored since childhood. It is even rarer that you get to strike a conversation with them. As a Hindi film buff, I have grown up on umpteen classics of Vyjayanthimala and last month, I got a chance to interview her as well. I saw her perform at Kalakshetra, in Chennai and later followed up with her for a telephonic interview. It would be an understatement to say that I was brimming with excitement talking to one of the biggest icons Indian cinema has ever seen. The below interview with Vyjayanthimala was published in The Times of India on April 28, 2013.

A few weeks back, Kalakshetra organised a dance festival dedicated to its founder Rukmini Devi Arundale. As Vyjayanthimala presented a non-stop performance for close to two hours, Rukmini Arangam (the theatre hall at the institute) was packed with her fans, art aficionados and well-wishers. The chairs were full and viewers sat down on the floor and stood on knees to get a good view of performance. At the age of 78, Vyjayanthimala still packs a punch in her performance and stardom seems to cling on to her.

“Even as a child,  I would restlessly run from one room to the other and my grandmother would say, ‘Her legs are sure to make her a good dancer!’ I was hardly five years old when I performed before the Pope,” says Vyjayanthimala, recollecting her growing up years. It was later that she started learning Bharatanatyam from her guru Kitappa Pillai.

She was the numero uno actress of her time and made the ability to dance an essential ingredient for the Hindi film heroine. Acting, she says, was never on her mind. The focus remained on dance. “Back in the 1940s, no one from a good family was encouraged to act. My grandmother wanted me to concentrate on my academics. In the late 1940s, director MV Raman of AVM happened to see my dance performance. He was looking for a new face for his movie Vazhgai. He convinced my grandmother and I was signed in. I was so shy to tell her friends that I was acting in a film and felt that they all would mock me,” she says.

In 1949 Vazhgai was released and was a huge success. Vyjayanthimala was suddenly called a natural actress. “I simply worked as Raman sir asked me to. He treated me like a child and having danced many times on stage, I did not feel awkward facing the camera,” she says. The movie was later released in Telugu as Jeevitham and was again, very successful. In 1951, Vazhgai was released in Hindi as Bahar and the song Saiyan dil mein aana re, picturised on her, became an instant hit.

The floodgates of the Hindi film industry opened to Vyjayanthimala and she was swarmed with offers and success. “I was signed in for Nandlal Jaswantlalji’s film Nagin (1954) and my dance number Man dole mera tan dole took the nation by storm. I did a very beautiful film called New Delhi with Kishore Kumar, where I did a bhangra number. People were seeing a woman do bhangra on-screen for the first time,” she says. But the film that really transformed her career was Bimal Roy’s Devdas (1955), in which she played the role of courtesan Chandramukhi. “Till then, my identity in the industry was that of a dancer. Devdas gave me recognition as an actress. Chandramukhi stands apart even today in cinema for being one of the earliest characters of a prostitute with a heart of gold. She knew the ways of the world and yet, when it came to love, she was all giving for the person she fell for,” says Vyjayanthimala, who has high regards for the cinema of Bimal Roy. “He always stuck to realism and anyone could easily identify with his characters. The re-incarnation drama Madhumati was not exactly the kind of film he would make. It was one of his most commercial ventures and yet, he added so much  lyricism to it.”

Today, when there is resurgence of discussion on women’s empowerment and fair portrayal of women in cinema, Vyjayanthimala considers the directors of the golden era as people who understood the female psyche while making films. “In the 1950s and 60s, films were quite ahead of their times in the way they portrayed women. BR Chopra’s Sadhna and Raj Kapoor’s Sangam had very progressive female characters.”

In the course of her work, Vyjayanthimala had to overcome many shortcomings. “I never sought the help of a dubbing artiste for any of my films. I learnt Hindi attending the classes of the Hindi Prachar Sabha and insisted on using my own voice.” Having been a student of the legendary DK Pattammal, she even was a trained Carnatic musician. “In the late 1960s, I did a Bengali film Hatey Bazare, directed by Tapan Sinha, where I co-starred with Ashok Kumar. I was humming a tune from the film before the shot and Tapanda was standing behind me. He instantly told me to record the song in my voice. I was hesitant but he was happy with the outcome,” she says. The film won the President’s gold medal that year. Another film, where she had to put in special effort to master the diction was Dilip Kuamr’s 1961 blockbuster Gunga Jumna. “Dilip sahab helped me a lot with the Bhojpuri dialogues in it. Gunga Jumna went on to become a landmark and inspired many films later in Hindi cinema,” she says. But the film that captured the best of her as an actress and dancer was Lekh Tandon’s 1966 classic Amrapali. “I really enjoyed working in it. I played the role of a dancer who renounces all her fame to become a Buddhist monk. During shooting, I used to take a lot of time to don the costumes designed by Bhanu Athaiya. It was a wonderful theme and I enjoyed it.” She continued her success story with many other super hits like Suraj, Jewel Thief and Prince.

When she renounced the fame of films after her marriage, she devoted more time to her dancing career. “I consciously kept films apart from dance. It was very difficult to start with but I think that discipline helped me do well as a dancer too. I am a very religious person and that has reflected in my dance performances as well,” says Vyjayanthimala, who has been doing a lot of research on the works of saint poets of Tamil Nadu. Of special note are her dance productions on Krishna Bhakti. “I enjoy doing these pieces. For me, Andal epitomises all the religious philosophies and vedic thoughts. Hers was an unconditional love, involving complete surrender to the lord.”

Recently, she wrote her memoir Bonding. While some might have been irked by the candour of the book, Vyjayanthimala remains unfazed and doesn’t mind calling spade a spade. “Even as a child I have been open and candid about what I have felt and have not been diplomatic; Rajiv Gandhi, our former Prime Minister, used to say that the same about me. I have never regretted this attribute of mine.”

Today, Vyjayanthimala is one of the few stalwarts who can claim to have been in the midst of action in the golden era of Hindi cinema. “People say the 1950s and 60s comprises the golden era of cinema. I think I was fortunate to be there at that point of time and work with some of the most amazing people this industry has ever seen, right from the directors, co-artists to musicians and technicians. It was an education for life.”

5 thoughts on “Immortal dancing queen – An interview with Vyjayanthimala”