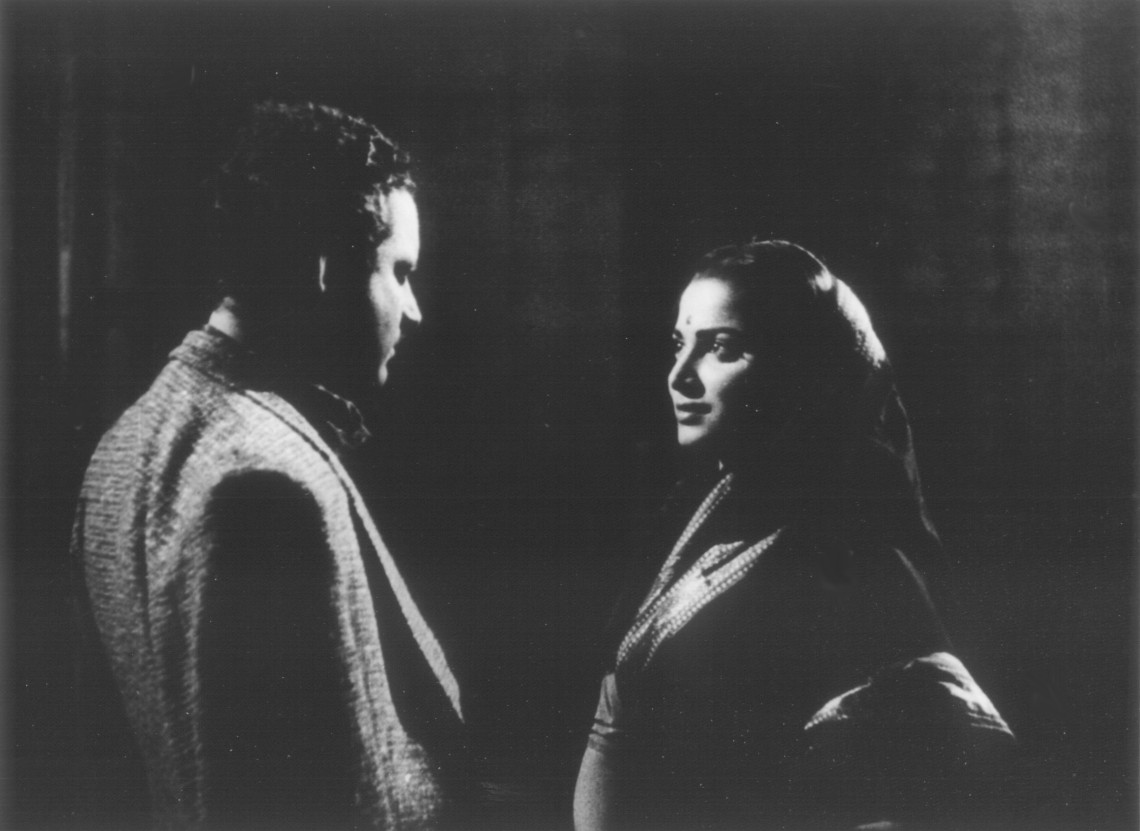 Two days back, many online articles and radio shows remembered Guru Dutt, whose 90th birth anniversary fell on July 9. What struck me most in those programmes was the complete focus on melancholy and tragedy, painted in a tinge of disillusionment and despair. There were references to the pain he endured in his personal life, which came out in his cinema. Of course, his tragic end in 1964 only made it easier to equate Guru Dutt with tragedy.

But was this the only side of Guru Dutt? It is very unfair that posterity associates this genius only with one brand of cinema. In fact, there were so many brands he spawned during his short career of over 15 years that one tends to take the parting images alone seriously. My first tryst with Guru Dutt’s cinema began with classics like Pyaasa and Kaagaz ke Phool and it took me almost a decade to experience his flair for action, suspense and comedy. Watching his early films left me wondering if I understood Guru Dutt at all, in all these years.

In the early 1950s, Dev Anand asked Guru Dutt to direct Navketan’s Baazi to keep an old promise that he had given his friend Dutt during the days of his struggle. Written by Balraj Sahni, Baazi was not only a big money spinner for Navketan, but it also set the road for an urban crime thriller in Hindi cinema. The template of an urban crime thriller in Baazi, as crystallised by Guru Dutt, was used for several years and India had its earliest tryst with urban noir. It was also in Baazi that Guru
Dutt began experimenting with his style of song picturisation, where songs were employed as an extension of the script rather than as random intervals. Remember how seamlessly Geeta Bali breaks into Tadbeer se bigdi hui taqdeer bana le when Dev Anand is undergoing a turmoil? His next movie Jaal was a suspense drama. With Jaal, Guru Dutt began his partnership with cinematographer VK Murthy, who remained with him till the end.

When he ventured to start his own production house, Guru Dutt started with his own comfort zone of action and made Baaz, which was also the first film where he played the lead for the first time. Though it didn’t make much noise, he struck gold with the urban comedy Aar Paar, which also saw his partnership with music director OP Nayyar and writer Abrar Alvi. Aar Paar showed his penchant for urban stories, portraying the everyday lives of people in Bombay.

When one discusses the early comedies of the 1950s and 60s, one invariably ends up talking about Padosan and Chalti ka naam gaadi. But one of the most underrated comedies of Hindi cinema was Guru Dutt’s Mr and Mrs 55, which starred himself and Madhubala in the lead roles. It was not a very great time for Madhubala as an actress, after having been dubbed a ‘box-office poison’ especially after the failure of Mehboob Khan’s Amar. Mr and Mrs 55, a satire on modern marriage and feminism, not only revived her career but also was a smash hit at the box office. Today, one might agree or disagree with his interpretation of feminism as Dutt showed in his film but that does not take away in any sense the flair for comedy he showed in it. A huge share of its success goes to the dialogue writer Abrar Alvi, who lightened it up with the finest repartees, as opposed to depending on slapstick comedy, as was the norm then.
The influence of Hollywood-type stylisaiton is clearly visible in Mr and Mrs 55 and one gets to see a Bombay that one can never see again. While it established Dutt as a successful director, Madhubala also proved her comic timing and went on to try comedies in many of her later films. And how can one forget the quirky songs, which were sung in the most random spaces. Jaane kahaan mera jigar gaya ji was sung between two lovers in an office during the lunch break and Dil par hua aisa jadoo was sung in a café. Who,but Guru Dutt could have given this film the fine finishing touch of a musical, making it look all so classy and not kitschy!

Raj Khosla was his assistant for many years and Guru Dutt produced the urban crime thriller CID to give Khosla a chance to direct a film. Guru Dutt had been to Hyderabad before the shooting of this film and spotted a new talent from Madras, who was a trained classical dancer and had already done a film in Telugu and Tamil. He not only signed her for CID as its vamp but also discovered his muse Waheeda Rahman, who later co-starred with him in all his productions till the end. Their chemistry not only lit up the frames of his films but also caused havoc in Guru Dutt’s marital life.

Guru Dutt never took himself seriously as an actor and that explains why he wanted Dilip Kumar to play the lead in Pyaasa, his masterpiece. When Dilip Kumar turned down the film, Dutt donned the greasepaint and lived the role of Vijay, the character which went on to symbolise India’s disillusionment with the new system and its broken promises of freedom. Every man goes through that phase in life when he is an idealist. Pyaasa was Guru Dutt’s attempt to immortalise that idealist in each one of us. Apparently, the script of Pyaasa was written by Guru Dutt almost a decade back. He was only waiting to find a strong footing in the industry before venturing into a sensitive subject.
The success of a serious work like Pyaasa strengthened his resolve to tell the audience his own story. Kaagaz ke Phool, which came out two years later, was partly autobiographical and was India’s first cinemascope film. It bombed, causing him a loss of Rs 17 lakhs. Its failure broke him from within and he refused to give his name in the directorial credits in his films thereafter. He produced Chaudvin ka Chand(directed by M Sadiq) and Sahib Biwi aur Ghulam (directed by his long-time associate Abrar Alvi).
Having been a trained dancer under the legendary Uday Shankar, song picturisation came naturally to him. Not in the sense of naach-gaana or dancing around trees as songs turned out to be in the hands of tasteless filmmakers later, but as a tool of effective storytelling. The man who could funnily break into Sun sun sun sun zalima, could also evoke the deepest of pathos in Dekhi zamane ki yaari. His dramas and tragedies were cinematic gems, which won acclaim in India after they won appreciation in European film festivals. But that does not, in any way, take away from the auteur his mastery over crime, suspense and comedies. Yes, Guru Dutt does remind you of a failed dream seen through the tainted tones of a glass of liquor but he equally belongs to those lazy and breezy evenings of fun and frolic. From period films and dramas to crime thrillers to comedies, there was hardly a genre he didn’t work upon successfully and across the world, not many filmmakers can claim such a credit. Perhaps, Guru Dutt was the greatest cinematic genius we never saw in Hindi cinema, whose life was cut short by an overdose of sleeping pills. He was then making Baharen Phir Bhi Aayengi, teaming up with OP Nayyar after almost a decade. His brother Devi Dutt refuses to call it a suicide and says that it was only an accidental overdose of pills. Perhaps. Mahedra Kapoor’s song in this film was meant for Guru Dutt –
Badal jaaye agar maali, chaman hota nahi khaali
Baharen phir bhi aayi hai, baharen phir bhi aayengi

2 thoughts on “A man for all genres: Guru Dutt”