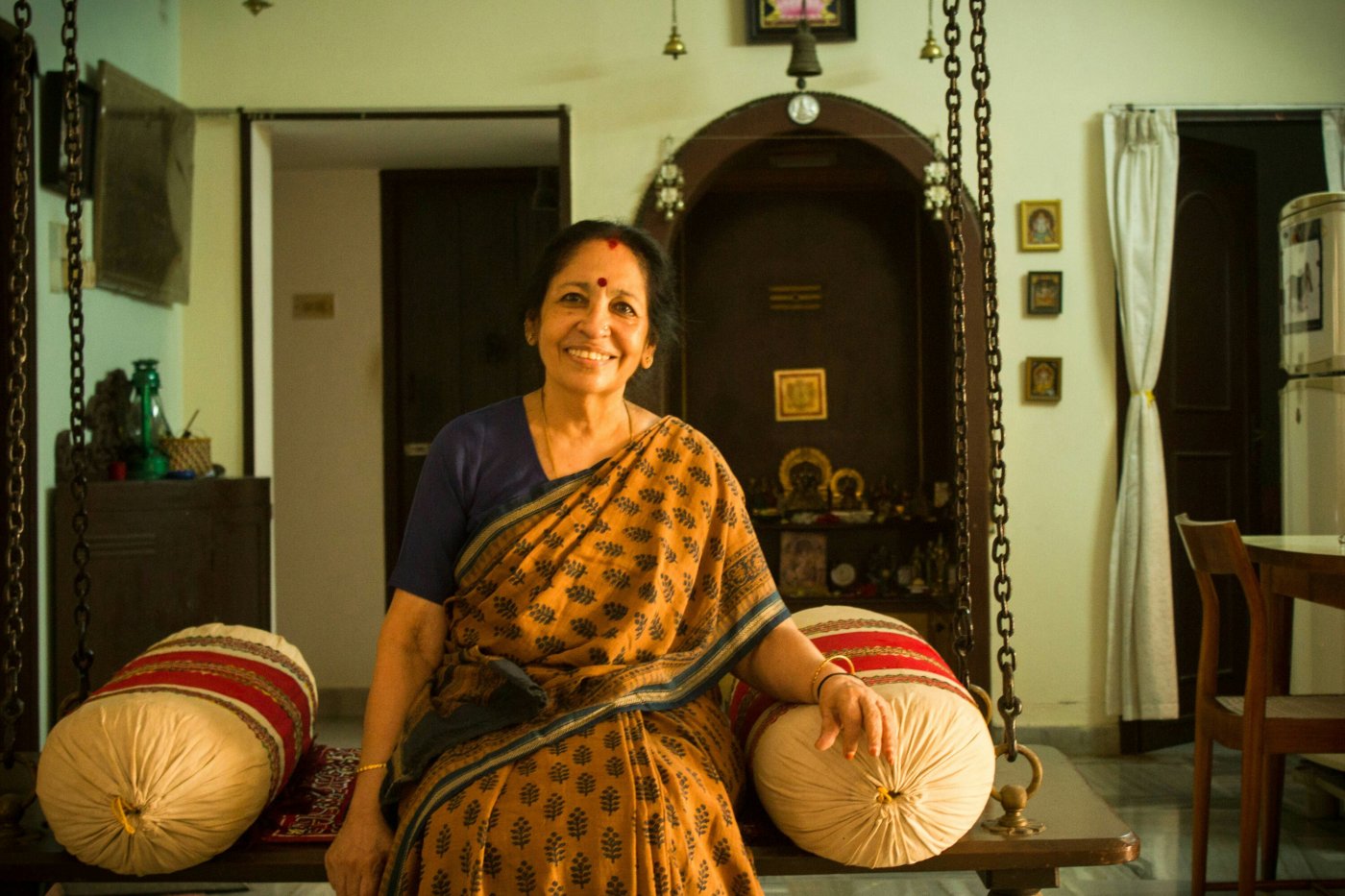 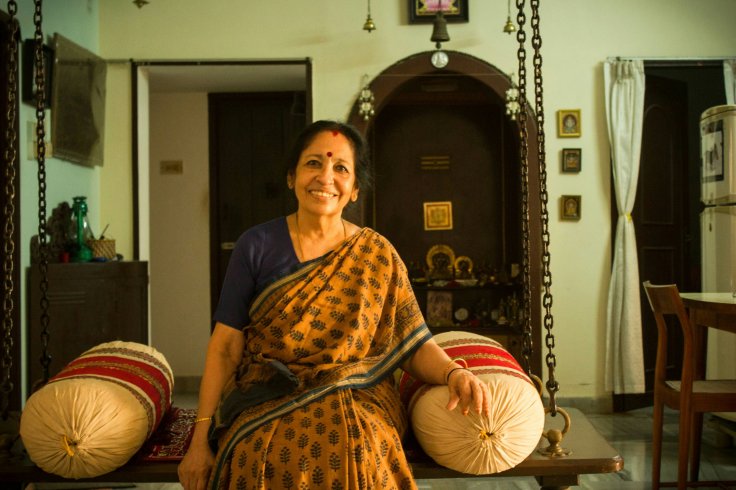 It’s always tricky to interview someone who has made a name for herself interviewing eminent personalities on television. But this task also meant I was in for some wonderful stories from Revathy Sankaran who had experienced them first hand. Some I’ve shared here. Some I’ve reserved for another day!

Two years back, a function was organised in Mumbai to honour the legendary Kathakali artiste Kunhiraman Nair, who had turned 100. Noted actress Revathy Sankaran was present during the occasion and had a brainwave to make the moment memorable for him.“I gathered the women at the sabha who were all senior citizens and performed kaikottikali around him. I am sure he enjoyed it more than the eulogies that would have been read out in his honour.”

In a way, this incident marks her characteristic sense of humour.“In my school we had a play to be performed and my teacher made me a vidushaka, the come dian. I thoroughly enjoying playing that part and realised I was a crowd person. As a child, I saw a Harikatha performance of Saraswati Bai. I was fascinated by her appearance; she draped a Maharashtrian saree, with kartals in her hand and ghunghroos around her ankles. I would imitate these narrations at home and the cooks and maids would clap as I finished my performance,” she says, as she breaks into laughter.

Humour was all around her while she grew up in her home in Madurai. “But sometimes, some jokes gnaw at you. For instance, people would make fun of my teeth when I laughed and I didn’t think of myself as a good looking person after that.”

When she moved later to Calcutta with her husband, she became a popular face in her husband’s office parties. After all, not every woman in the 1960s would hold a glass of lemonade and talk normally with the men in the room. And when song requests poured in, Revathy would gladly belt out Hindi and Bengali songs.

“Such wonderful songs were made back then. In fact, I sounded so much like a Bengali while singing Rabindra Sangeet that during one function, the announcer called out my name as Revathy Sankar Mukherjee.”

During one such gathering, she met an official from Cooperative for Assistance and Relief Everywhere (CARE), an organisation that ran several poverty fighting projects. “He offered me an opportunity to write slogans for so cially relevant themes, such as eye donation, family planning and many such issues.”

When television came to Madras, Revathy’s husband sent an application on her behalf without her knowledge. “I was of fered an opportunity to read news for Doordarshan. But the childhood joke on my looks still haunted me and I agreed to do only out of vision commentary,“ she says. How she broke the ice to face the camera is another interesting story.

“We were shooting for a polio ad and the actor wasn’t getting the lines right even after several takes. I didn’t want to waste time and in the spur of the moment, wore the doctor’s coat and delivered the lines.”

Her knack to make her guests feel at home made her TV interview series Alli Darbar immensely popular. “Much to everyone’s astonishment, Mrs YGP sang and danced on my show. My guests enjoyed the whole process.When I was offered a role by K Balachander in his serial, I was very hesitant. I told him, ‘I have heard you hit the artiste if he doesn’t get things right at work. My problem is if someone hits me, I hit back.’ He laughed hard hearing that,“ she says.

She also performed a Harikatha on MS Subbulakshmi in her presence for a fundraising initiative of Sankar Nethralaya. But there was a twist in the story. MS was deified as the manikyaveena of Parvati.

“MS was the chosen one. How many great artistes lived in her time and before her. And yet, she was the one who sang the suprabhatam for Venkateshwara and permanently had it imprinted in our minds. Adi Shankara’s Bhaja Govindam reached the masses through her. Vishnu Sahasranamam reached every household thanks to her. In the south we heard Meera bhajans for the first time in her voice. She was a blessed one that way. While hearing the narration, she got perturbed when she heard me calling her the manikyaveena of Parvati. She called me aside and asked if people would take offence to this. I told her if anyone deserved to be called the manikyaveena, it was only her and lineage and caste had nothing to do with it. She further wanted me to take her name as Madurai Subramania Iyer Subbulakshmi in the story as opposed to Madurai Shanmukhavadivu Subbulakshmi (her mother’s name). You and I, living in the 21st century can’t understand what must have gone in the mind of a person, who despite being a genius was keen to announce her father’s name and let go of the Devadasi tag.”

Age has not made a dent on her zest for life. “I think we all can do better by laughing more. Our lifespan is limited. A river has to flow into the sea. But it makes both the banks fertile as it flows. At the same time, the water doesn’t stop to receive thanks from the verdant land.There’s no time to expect and accept thanks. One has to keep moving on.”