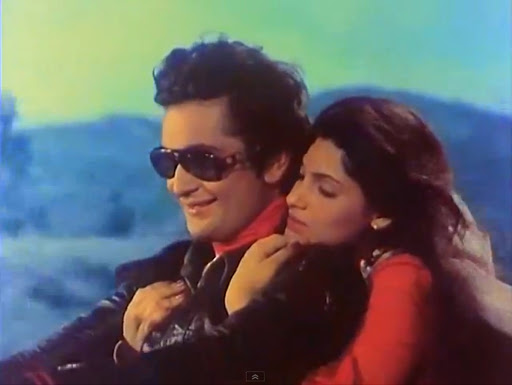 Sometimes, dialogues, which sound very ordinary, are the ones which become a sensation. What is so special about the line “Mujhse Dosti Karoge” delivered by a 16-year-old Dimple Kapadia in Bobby? Watching it after many years, the movie, with its simple story, still retains an element of exuberance and freshness.

Raj (Rishi Kapoor) grows up away from his parents in a boarding school. For his 18th birthday party, his father calls the biggest of industrialists to strike business deals over wine and dinner. But in the midst of all that glitter, Raj falls for Bobby (Dimple Kapadia), an Anglo-Indian girl, whose grandmother Mrs Braganza (Durga Khote) was his nanny during his childhood. They meet, date, go through heartbreaks and fall in love. Raj’s father Mr Nath (Pran) opposes this alliance as Bobby’s father Jack Braganza (Prem Nath), is too unsophisticated for their society. Raj elopes with Bobby, only to realise that they cannot get married as per law, as they are both still in their teens. Finally, everything falls in place for the lovers, not before egos and societal pressures almost push them to embrace death.

Many people believe that Bobby was made by Raj Kapoor to launch Rishi Kapoor as a leading hero. But the fact is that Rishi and Dimple were the least of the selling points of the movie. To start with, Bobby was made to pay off the humungous debts that Raj Kapoor had incurred after the disastrous performance of Mera Naam Joker (1970). Since funds were scarce, Raj was unable to rope in any of the leading romantic heroes of the day. But this very disadvantage turned out to be its biggest asset. Raj cast his 21-year-old son Rishi and a 16-year-old Dimple in the lead roles.  Their age lent a strong element of credibility to the portrayal of the characters. For the first time, a 30-something hero was not pretending to be teenager. The casting in itself made the first take on Bobby very refreshing.

Secondly, it was with Bobby that mainstream Hindi cinema discovered the genre of a teenage romance, though it was not exactly set up in a high school environment. Till then, college was the threshold to fall in love. Raj Kapoor once said in an interview, “In my father’s generation, people got married at the age of 15 and had kids by 16.” Bobby acknowledged the fact that legal strictures were not strong enough to stop the gushing of hormones at the turn of adolescence and Raj Kapoor made no bones about displaying raw passions of romance. Watching Raj and Bobby celebrate their new found freedom in Hum tum ek kamre mein band ho, you will know that Bobby had come of age. Even as he did so, the innocence did not quite die. Bobby and Raj were constant reminders of the innocence of teenage romance.

Bobby was full of, what was to later become, stereotypes of a teenage love story. It helped that the script was very cleverly written by Khwaja Ahmed Abbas, Jainendra Jain and VP Sathe. Watch the scene where Jack Braganza talks to Mr Nath about the possibility of an alliance between Raj and Bobby. Even as the parents fight it out over differences of class, Raj and Bobby are lost in their innocent games. When Nath says Raja jise apni khushi samajh raha hai, who dhokha hai, we see Raj being playfully blindfolded by Bobby. When Nath points out to a possibility of Braganza’s involvement in Raj being trapped in Bobby’s love saying, Nadaan parinda daana toh dekhta hai, fanda nahi… aur aapne toh bohot khoobsurat fanda daala hai, Bobby is seen throwing her stole around Raja’s neck and pulling him towards her, drawing a parallel between the conversation and their romance. 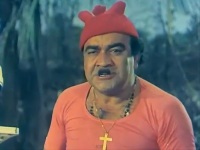 Bobby was not accepted by most distributors as they felt that Raj Kapoor had turned senile after the failure of Mera Naam Joker. The film had two unknown teenagers in the lead, a very unlikely name for title and was unabashed in its portrayal of teenage love. Besides, the lead heroine had already got married to Rajesh Khanna a few months before its release. With no takers for the project, the distribution was done by RK Films and Shammi Kapoor took the mantle on himself.

When it was released, Bobby became a nation-wide sensation, altering the portrayal of romance in cinema. Bobby rewrote the format of a commercial romantic film in the years to come and heavily influenced the likes of Love Story (1981), Ek Duje Ke Liye (1981), Main Ne Pyar Kiya (1989) and QSQT (1988).  Bobby was among the top grossing films of the 1970s, along with Sholay, Jai Santoshi Maa, Roti Kapda aur Makaan and Deewar. Rishi Kapoor  won the Filmfare Award for Best Actor and and Dimple Kapadia shared the Best Actress trophy with Jaya Bhaduri (for Abhimaan).

In the scene where Raj visits Bobby for the first time in her house, Raj Kapoor re-enacted his first meeting with Nargis. In the USSR, the audience believed that Rishi and Dimple were kids of Raj and Nargis. Such was the popularity of the film that in 1977, when Babu Jagjivanram was to address a rally in Delhi, the party workers were apprehensive of the turnout. Jagjivanram had left the Congress and had joined with the Janta Party in the 1977 polls and the ruling party apparently used Doordarshan to keep people at home by premiering Bobby on television. The newspaper headlines next day screamed BABU BEATS BOBBY as the rally of Jagjivanram turned out to be a success.

One of the strongest points of this movie was its music by Laxmikant Pyarelal. Every song without exception became a chart buster. Hum tum became an anthem laced with passion, Main shayar toh nahi was  an ode to love and the whole country danced to the tunes of Jhoot bole kauwa kate. But what many do not know was that most of the songs of Bobby were originally composed by Shankar Jaikishen and came from the stock of their unused songs that was held by Raj Kapoor. The song Na maangu sona chaandi (a Goan folk number) appears in the background of the beach sequence in Awara. The theme music of Bobby was used before in Sangam and even before that in Barsaat. Though Laxmikant Pyarelal were disappointed to work as mere music arrangers for the songs that were already composed, Lata Mangeshkar advised them to hold on, as working with Raj Kapoor would boost their standing in the market. She was proven right and the duo got the next directorial venture of Raj Kapoor as well – Satyam Shivam Sundaram.

Rishi Kapoor went on to become the new chocolate hero of Hindi cinema and Dimple Kapadia vanished for a decade from the scene, tied up in an unhappy marriage with Rajesh Khanna. When she came back with Saagar after 12 years, she won yet another Filmfare award for it. But the teenage innocence of Bobby was replaced with the studied maturity of a lady. She had to contend with many average films that were being churned out in the 1980s, before she struck gold with Ram Lakhan, Lekin and Rudaali.

Today as film makers like Karan Johar are trying desperately to get the formula of a high school romance right, Raj Kapoor’s Bobby still looks fresh. “Main ikkiswi sadi ki ladki hoon!” (I belong to the 21st century) retorted Bobby to Raj, trying to put on an extra bold face during their first date. Watching Bobby, 40 years after its release, I wouldn’t disagree.